Subproject 4: The EUREKA Project. The Politics of European Research and Technology between Cooperation and Competition (c1980-1992)

During the Economic Crisis from 1979 to the mid-1980s a sense of decline prevailed amongst the members of the European Community: Foremost Germany and France felt that Europe’s economies were falling behind the traditional US-American predominance and the dynamic challenge coming from Japan. The technological factor gained key importance in these discussions of intensified global competition. To make up the technological backlog, France and Germany launched several promotion programmes pursuing a specific new strategy: funding a European research community. Creating cooperative transnational structures seemed the only effective way to keep up with the global competitors.

Founded in 1985, EUREKA differed from the many other European programmes to promote High Technology. Focussing on market needs rather than on basic research, EUREKA aimed to support European companies with developing new products. By analysing the EUREKA programme, this research project investigates cooperative structures within a competitive context: How did the various actors in the EUREKA projects – politicians, entrepreneurs, scientists – establish and shape their cooperation? How did this process differ from the development in other European promoting programmes? Did EUREKA produce new competition among its participants? Furthermore, the project aims at investigating the economic and scientific output of EUREKA-sponsored Research & Development.

Researching EUREKA will shed new light on the history of intergovernmental cooperation in Europe. In this way, the phenomenon of European technological cooperation is put into historical context within the competitive political and economic power relations. 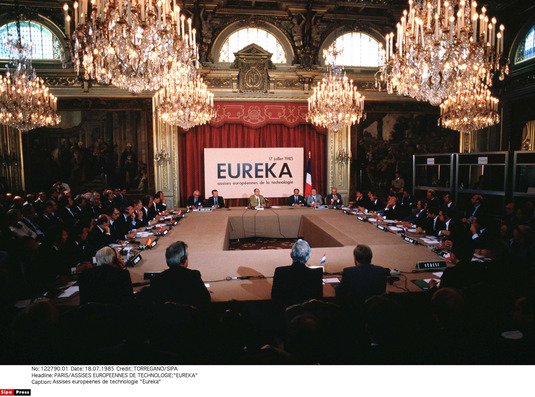